Food and food preparation are not just about nutrition. Diets are socially and culturally embedded and relate to ethnicity and culturally-based practices. Our food preferences are influenced by the cuisine we grew up with and food is intrinsically linked to the region we stem from. Its climate, geography, flora and fauna affect our eating habits due to the type of food that is available and the way it is preserved and prepared.  We "acquire a taste", which means that we enjoy a flavour or taste because we have been exposed to it from a young age, while people who are unfamiliar with it may not like it. In addition, our ideas of which flavours go together are culture-based. According to the article The geography of taste: how our food preferences are formed published by The Guardian, a 2011 study found that Asian cooking avoids combining similar flavours, while traditional European gastronomy is all about pairing foods that share flavours.

However, our like or dislike of a certain food item is not only based on its taste. In his book Perception & Identity in Intercultural Communication, Marshall R. Singer, an American professor and intercultural researcher, recounts an incident when he offered fried caterpillars at a party without informing his guests about the actual content of the snack and describes the reaction of one of them when she learnt that she had eaten caterpillars:

… [She] said, "Marshall, those fried shrimp you put out were delicious."

"Fried shrimp?" I asked as innocently as I could. "I didn't serve any fried shrimp." "Yes, you did," she insisted. "They were in a little white plate on the table. In fact, they were so good I ate most of them myself." "Oh," I said, pausing for maximum effect, "Those weren't fried shrimp, they were fried caterpillars."

Virtually the moment I said that the smile disappeared from her face, the color of her face turned green, and she became terribly sick all over my living room floor.

This episode demonstrates that the type of food we consider edible does not only depend on its tastiness but also on how we perceive it. This perception is shaped by the norms of our cultural environment as well as religious rules regarding the consumption of foods and drinks, their preparation as well as food and drink prohibitions. Nowadays food choices can also be influenced by concerns about the way food is produced and the welfare of animals.

According to the Common European Framework of Reference for Languages (CEFR), knowledge of the society and culture of the community or communities in which a language is spoken forms part of the knowledge of the world of a language learner, for example food and drink, meal times and table manners. Although food cultures in many countries have become more diverse due to globalisation, most cultures have maintained some idiosyncrasies when it comes to dietary habits and table etiquette. It is therefore useful to draw students’ attention to the sociocultural aspects of communication regarding food culture. This comprises verbal and non-verbal behaviour – what we say (or don’t say) and what we do (or don’t do) in a certain situation.

Another aspect worth noting are the special cooking and eating utensils that form part of different food cultures and the way they are correctly used.

Specific types of utensils are used for preparing and consuming typical food and drink, for instance the mate recipient, traditionally made of gourd, for preparing and drinking mate, the national drink of Argentina and Uruguay; the cider pourer that is sometimes used in northern Spain when no human pourer is available or the olive spoon, a long-handled utensil that is used to remove olives from jars or cans. 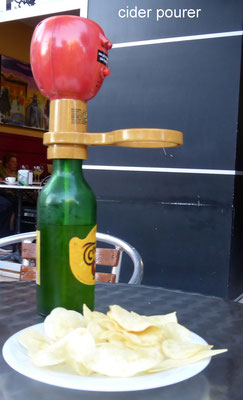 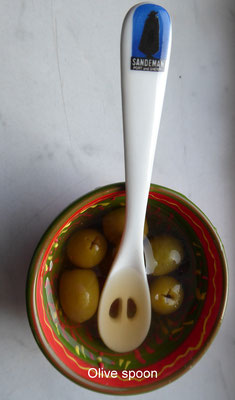 Fortunately, unlike other aspects of cultural competence, knowledge about food culture consists of relatively straightforward facts that can be learnt and observed to avoid awkward and embarrassing situations before visiting another culture or before inviting somebody.

The following questions address a number of relevant aspects of food customs and table manners:

-        Are there any special rules regarding the preparation of food?

-        What food items are not considered apt for consumption?

-        How many meals do people normally eat? When are the mealtimes?

-        Do you wait for everyone to be served before you start eating?

-        What utensils are used for eating? How do you use them correctly?

For some concise tips on dining customs around the world see

HSBC is a British multinational banking and financial services organisation headquartered in London. It was founded in London in 1991 by The Hongkong and Shanghai Banking Corporation. In the early 2000s, the bank launched an advertising campaign to emphasise its internationality and respect for diversity. The campaign features a number of humorous commercials that poke fun at the consequences of misunderstanding local customs. Although the ads were made almost two decades ago, they are still suitable as an effective introductory activity for a lesson that raises awareness of sociocultural aspects such as table manners, the ritual of gift-giving or personal distance.

HSBC’s 2003 eel ad is about a Western businessman who eats out at a Chinese restaurant with his Chinese business partners. The first course is boiled eel, which he finds unappealing. As he does not know that his Chinese hosts expect him to leave a small portion of food on the plate to signal that he has had enough, he clears his plate to show his appreciation of the dish according to the etiquette of his culture. He is then served more of the fish because a clean plate is seen as a sign of a bad host who has ordered an insufficient amount of food for his guests. The video can be found by typing “HSBC eel ad” into a search engine. It is an interesting fact that the Chinese government has recently launched a "Clean Plate" campaign against food waste.

Using the video in class (from B1-level)

The teacher asks the students what food they like and dislike. Then students discuss in small groups if they would eat the following specialities:

oatmeal, herbs and spices, stuffed inside a bag made from the animal’s stomach)(Scotland)

- surströmming (small Baltic herring that is salted, fermented and further fermented in a

tin. It has a pungent smell.) (Sweden)

- insects (in some Asian and Latin American countries)

Students read the following case and answer the questions. The answers are discussed in the plenary.

A group of German teenagers is taking part in a language course in England. At a party, they are offered a dish called "toad in the hole". It consists of sausages in a batter. The students enjoy the dish until one student tells them that a toad is an amphibian similar to a frog. Most of the students then refuse to finish their plate. Later they find out that “toad in the hole” is just a name and that the dish is not made of toads.

Would you have finished the dish if you thought it was made of toads?

Why wouldn’t you eat certain food –

-       because you find the idea of eating this type of food unappetizing or unethical?

-       If you were invited for dinner and didn’t like a certain food, what would you do to avoid

Students watch the video and the teacher asks them:

Why is the man served the same dish several times?

What could he have done to avoid this situation?

Students read about the table manners of different cultures and decide if they are the same or different in their culture.

They then compile a list of important questions regarding eating customs when socialising with people from another culture.